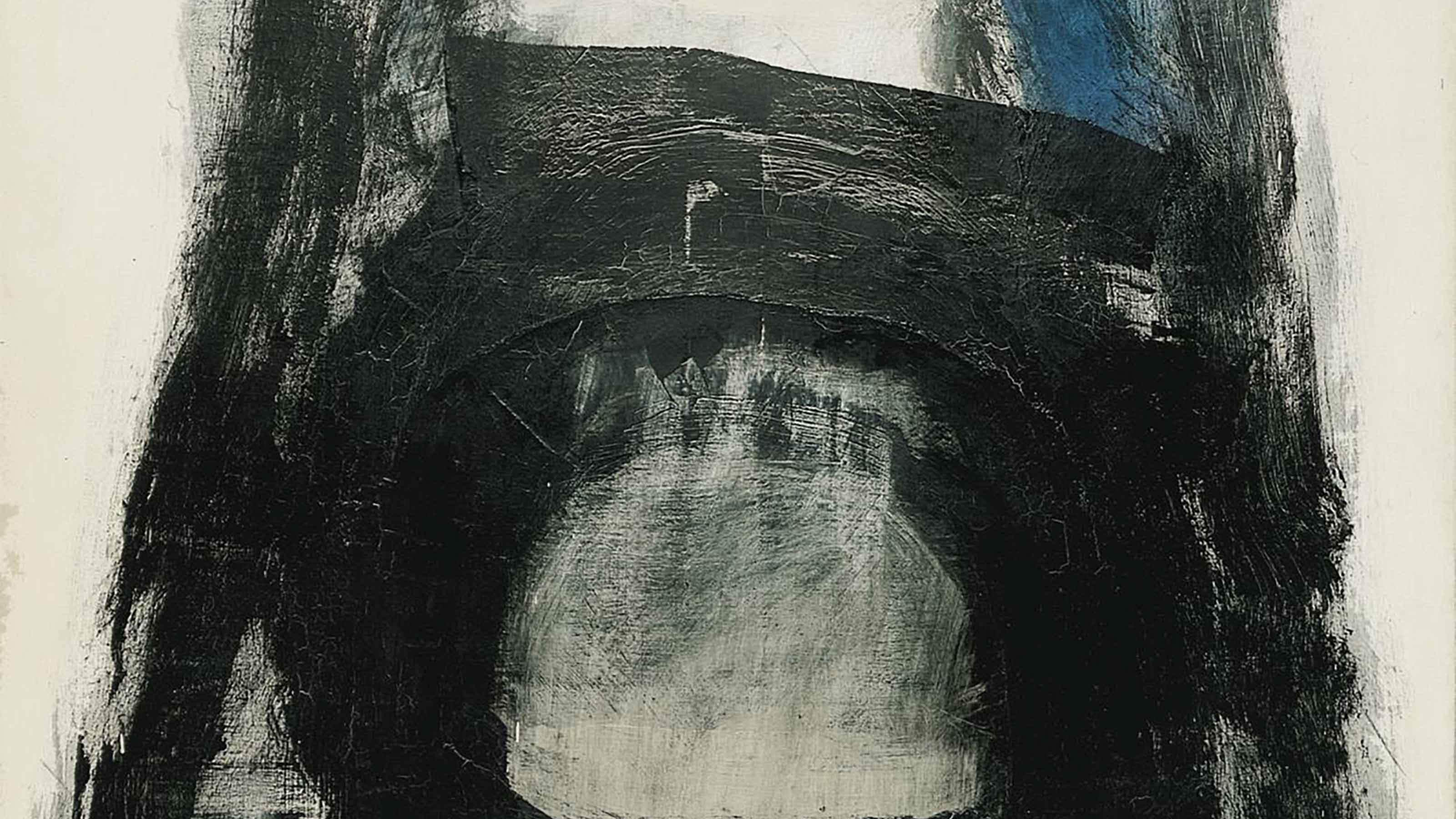 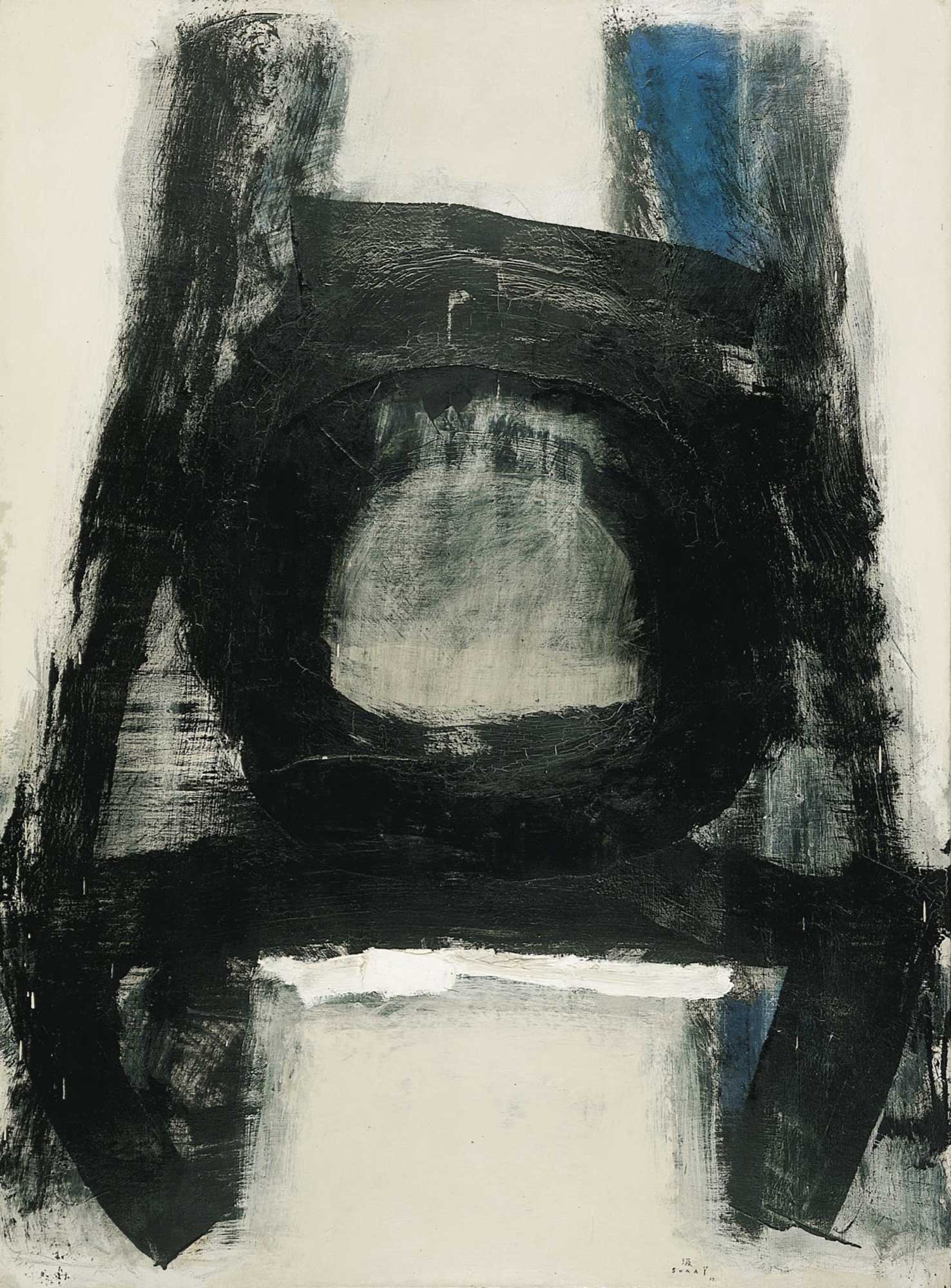 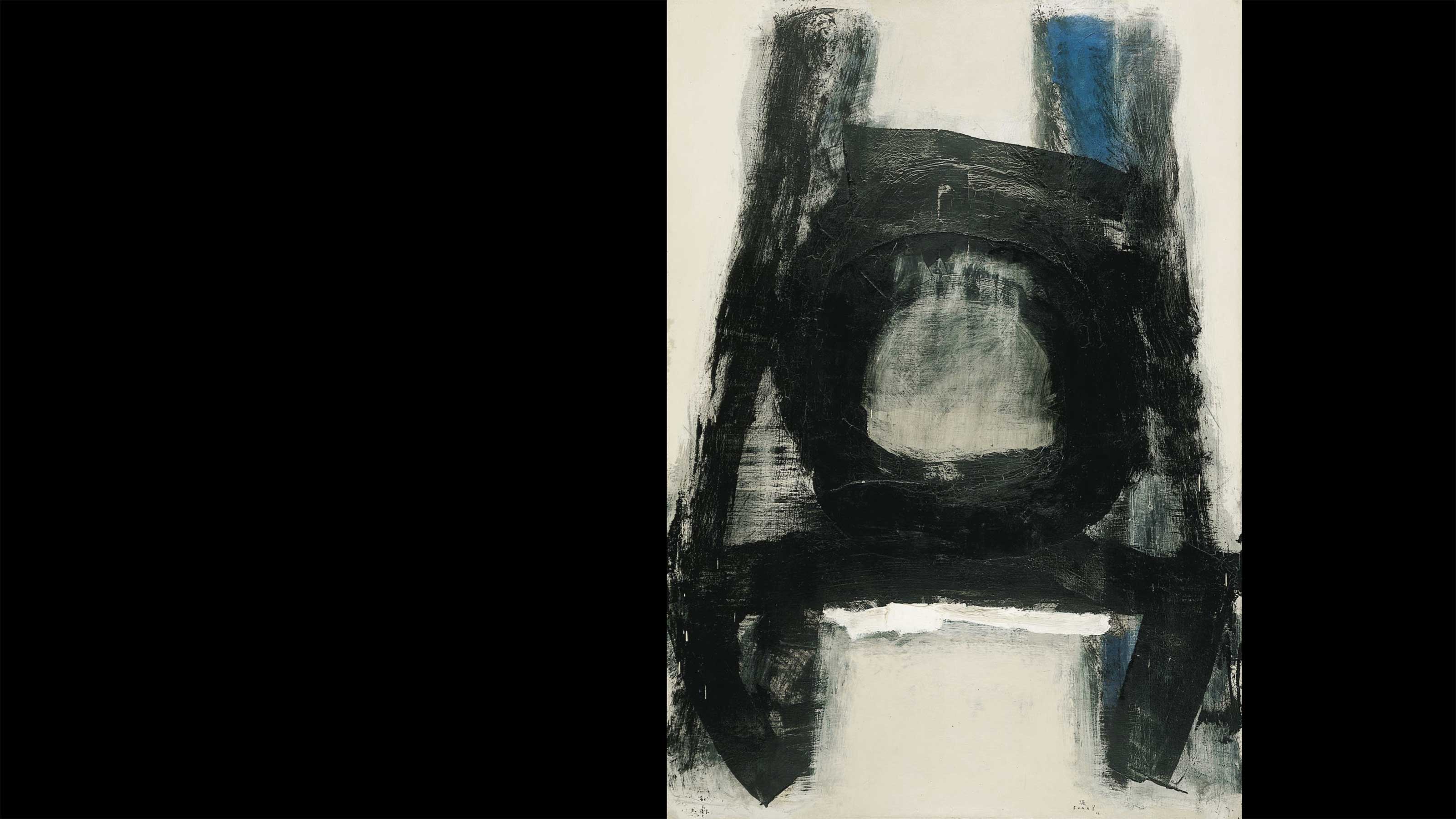 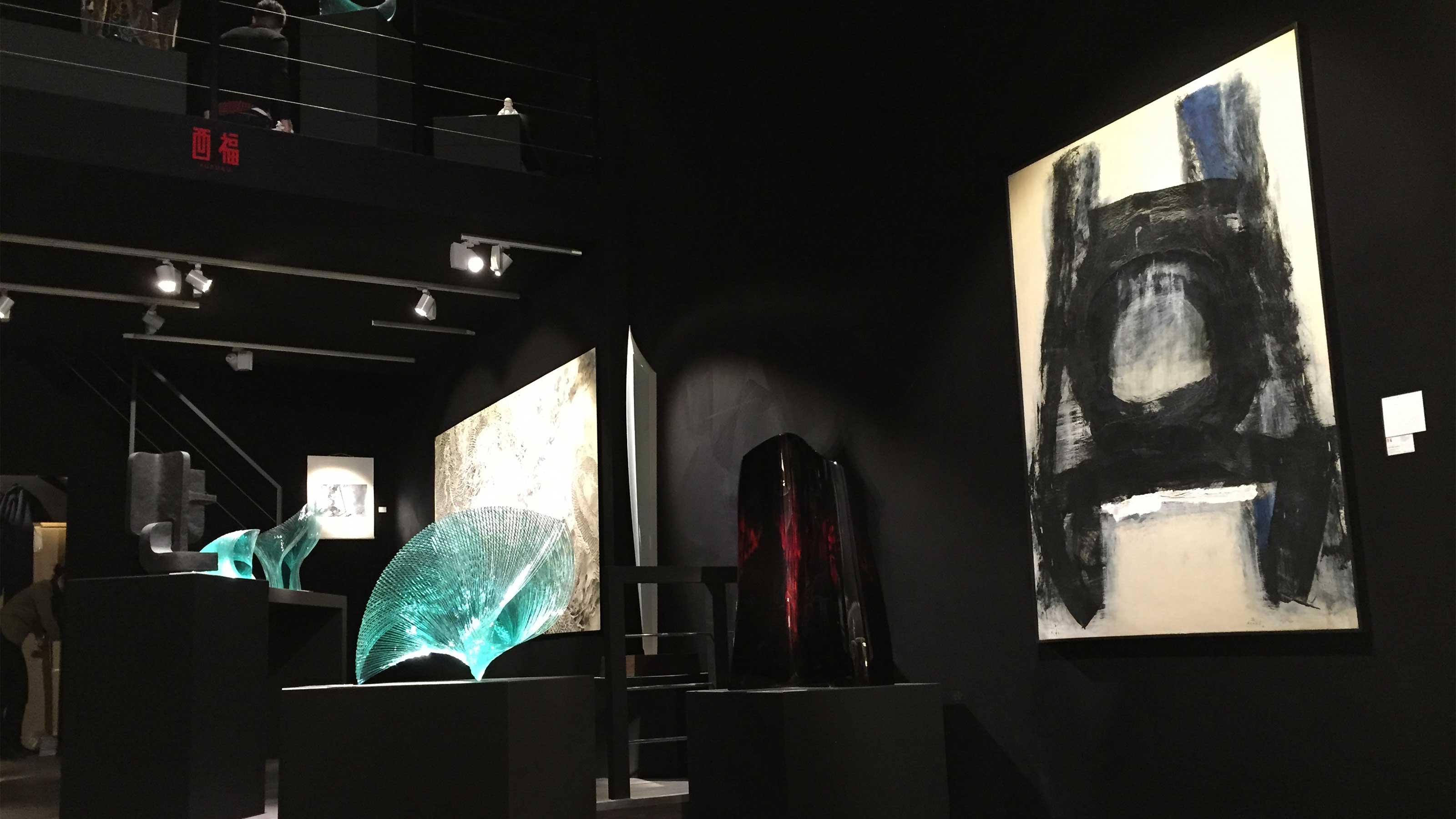 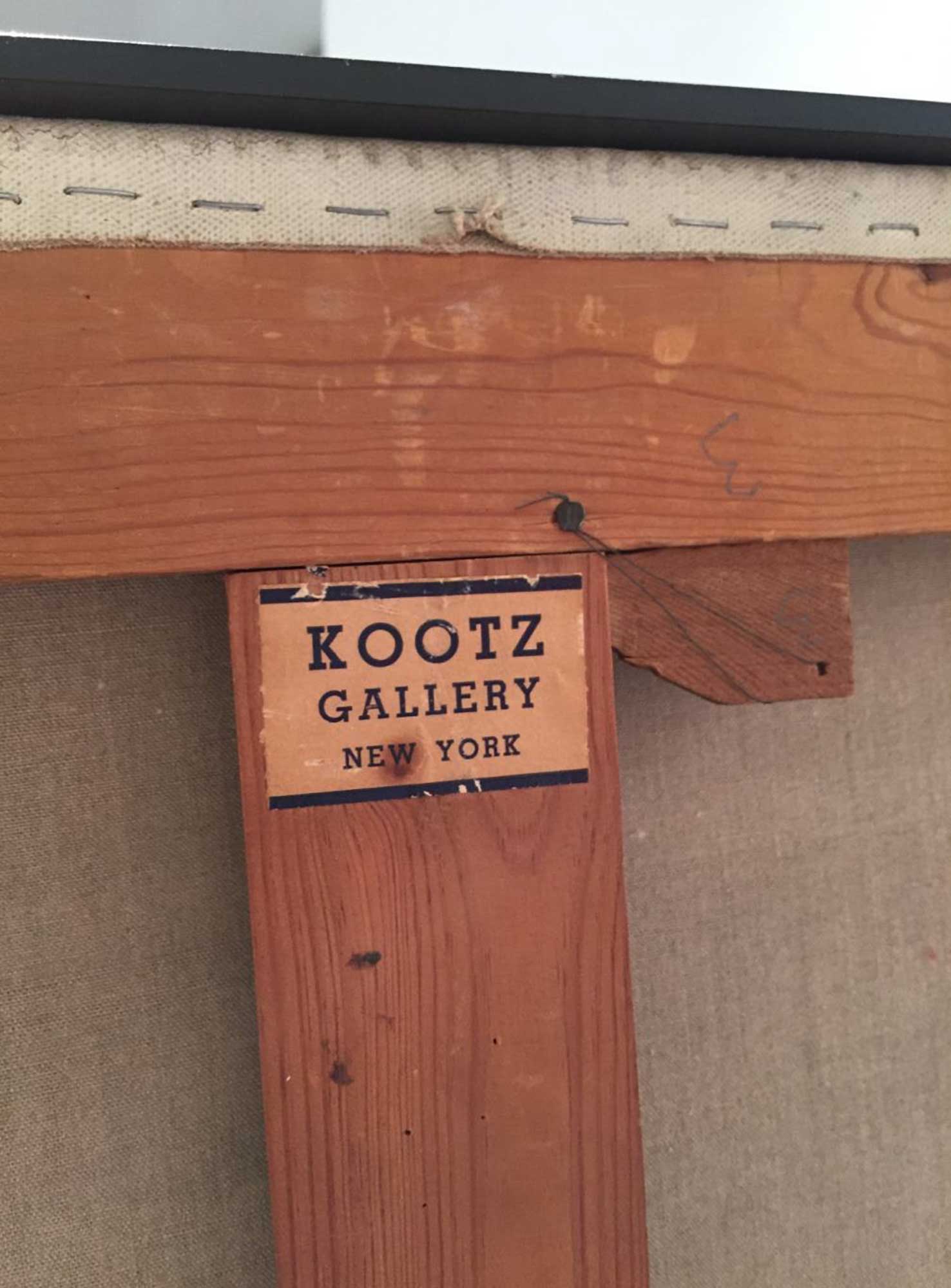 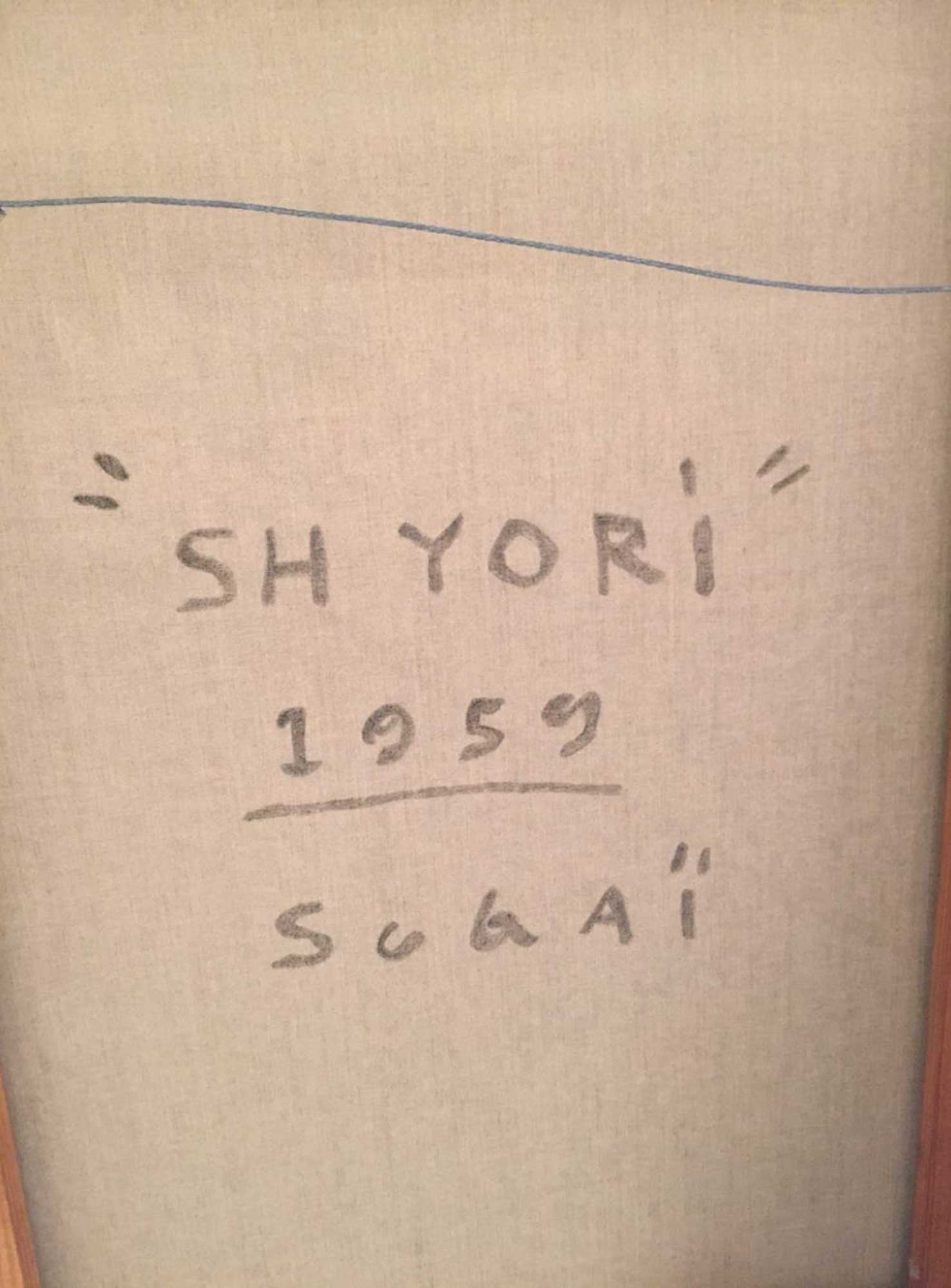 SHYORI (Victory)
(1959)
Kumi Sugai
Entitled SHYORI (Victory) and painted with oils in 1959, this work is widely considered to be one of Kumi Sugai’s best paintings from his early period in abstraction, and is an enigmatic tour de force in light of its ethereal brushstrokes, dream-like colours and suggestive forms that are strangely figurative and almost talismanic in their simple yet telling qualities. Exhibited by Samuel Kootz, the proprietor of the influential Kootz Gallery of New York City who was one of the first to champion the emergence of Abstract Expressionism of post-war America, the painting retains the label of the Kootz Gallery on the back of the painting, and calls to mind not simply the celebratory symbolism of victory (as its title implies), but a deeper revelatory sadness that is oft entwined on the flip-end of victory – that of great loss. Ultimately, it is the clashing symbolism of what is painted within and what is consciously left to the imagination, the negative space found not within yet beyond the brushstrokes of Sugai, which makes this painting so compelling and poignant.
Medium
Oil on Canvas
Dimensions
H161.93 x W113.98 cm

Thank you for contacting A Lighthouse called Kanata.
We look forward to responding to your inquiry within the next few days.
Thank you in advance for your kind patience.
Best regards,
Team Kanata

Back to Works
Back to the Artist