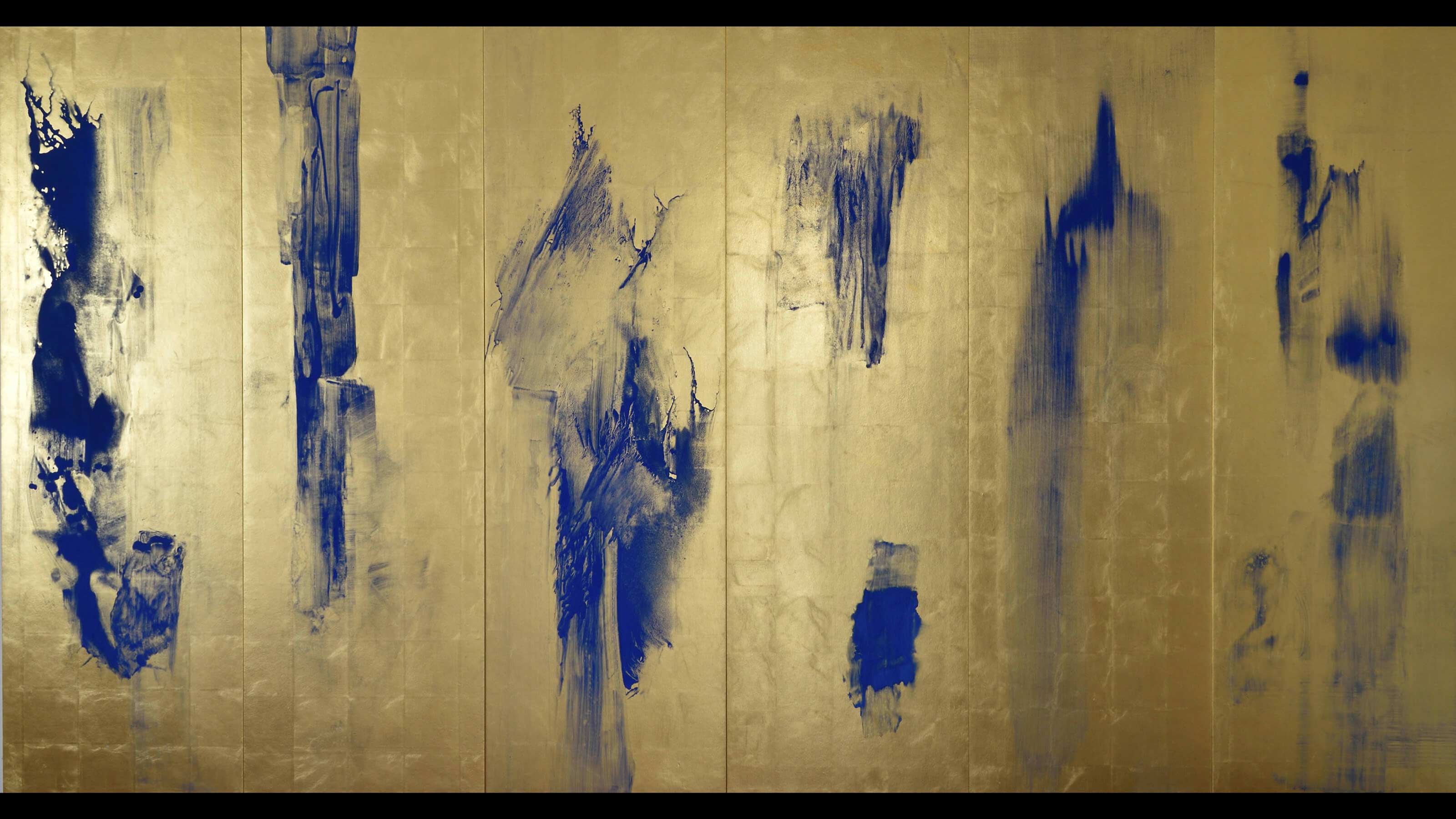 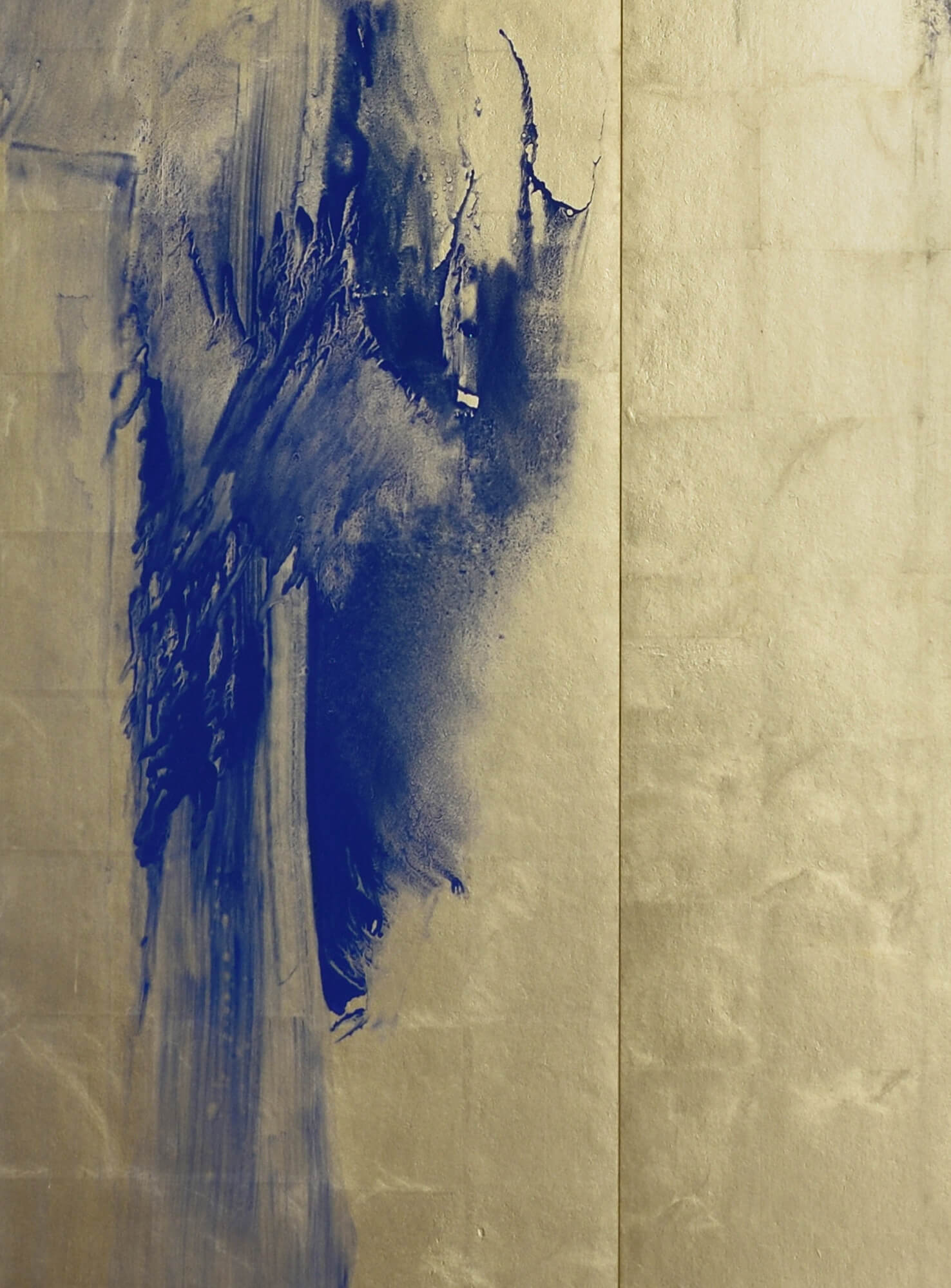 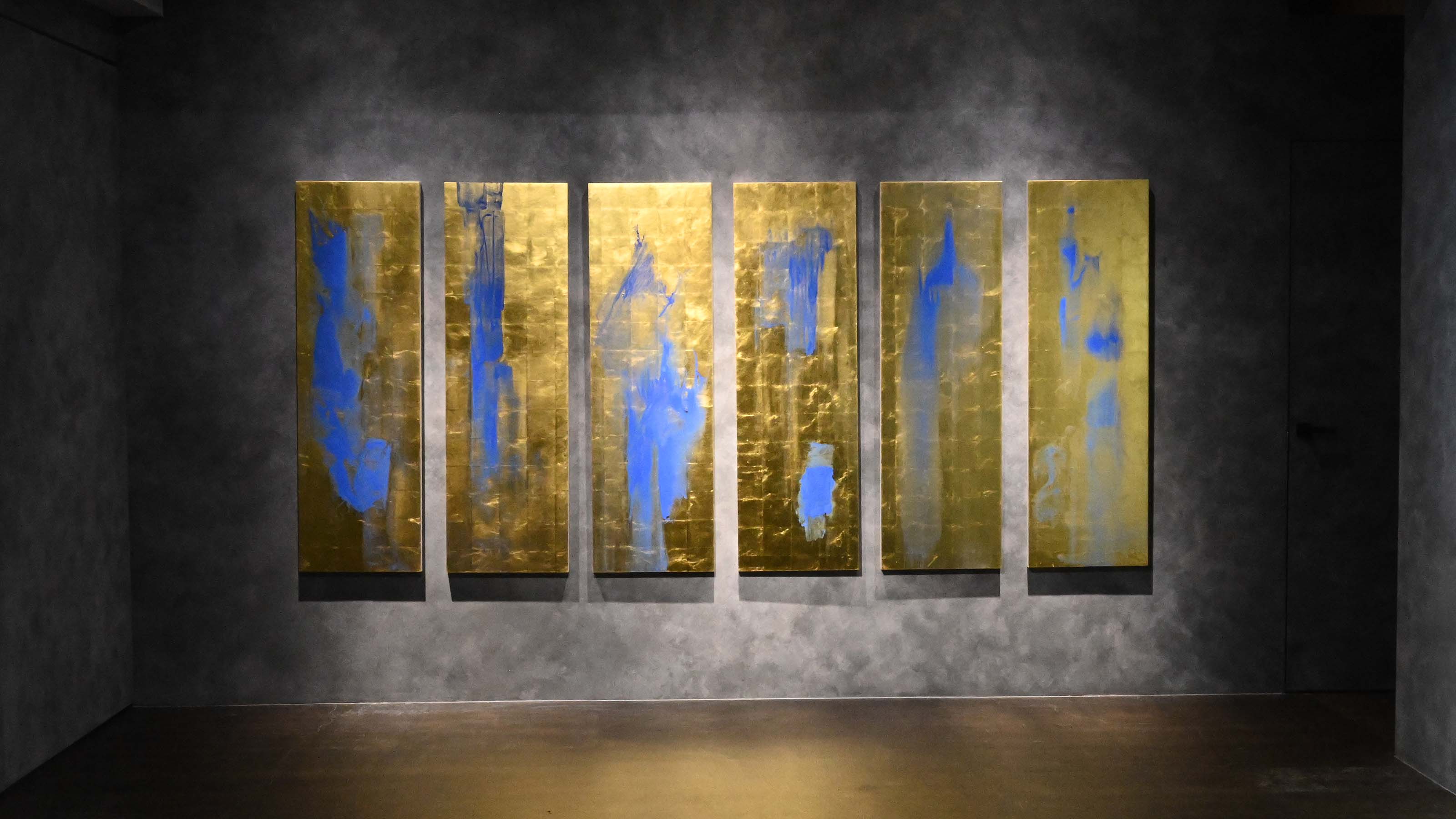 l’effervescence
(2021)
Kiyo Hasegawa
‘l’effervescence’ is a six-panel painting on gold leaf that calls to mind the conjuration of six holy saints, their presence omnipotent, lingering, yet intangible. The name of the work is taken from the scientific escape of gas from a liquid, and the same can be said for the subject matter representing the emergence of a spirit that cannot be seen or felt. Instead, it is the atmosphere that surrounds these sacred bodies that is paramount, and what is left to the imagination is both mystic, divine and poignant, accentuated by the beauty of her gold leaf. In fact, this painting the first time that Hasegawa has used gold leaf within her paintings, and immediately, one is struck by the painting’s semblance in composition to the famed “Kaki-Tsubata Screen of Irises” by the legendary Edo Period painter Ogata Korin (b. 1658 – d. 1716), of which Hasegawa derives her inspiration from. Hasegawa’s strikingly blue gunjo (azurite) pigments ripple off the surfaces of her gold leaf in lush waterfalls, and it is the bold, almost Zen-like minimalism of the painting that attests to Hasegawa’s growing confidence as an artist, fully captured in the famed dictum by Ludwig Mies van der Rohe, “Less is more.”
Medium
岩絵具、金箔、雲肌麻紙/Japanese pigments on gold leaf, mounted on 6 individual panels
Dimensions
145.5 x 273 cm (145.5 x 45.5 cm each）

Thank you for contacting A Lighthouse called Kanata.
We look forward to responding to your inquiry within the next few days.
Thank you in advance for your kind patience.
Best regards,
Team Kanata

Back to Works
Back to the Artist