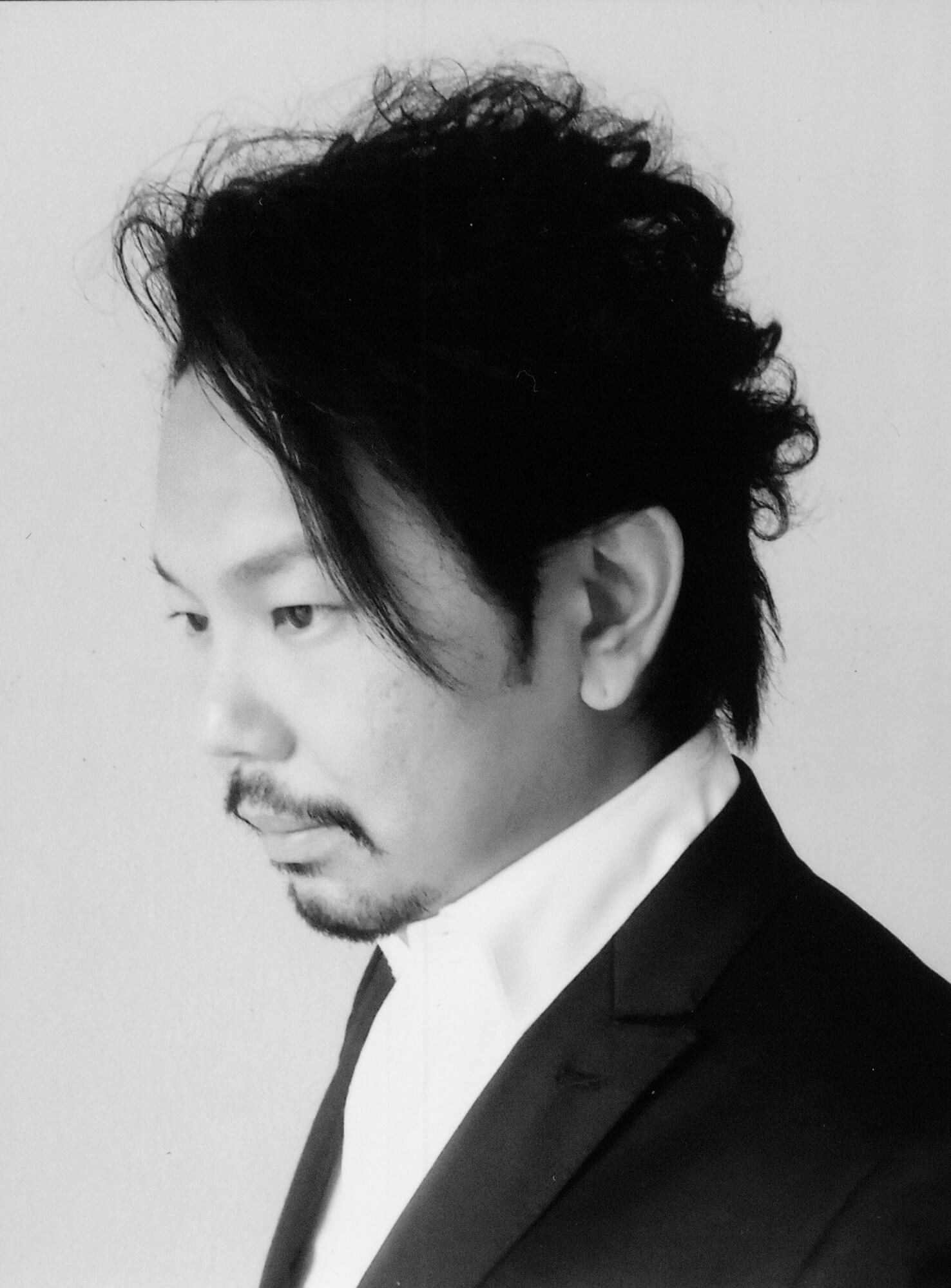 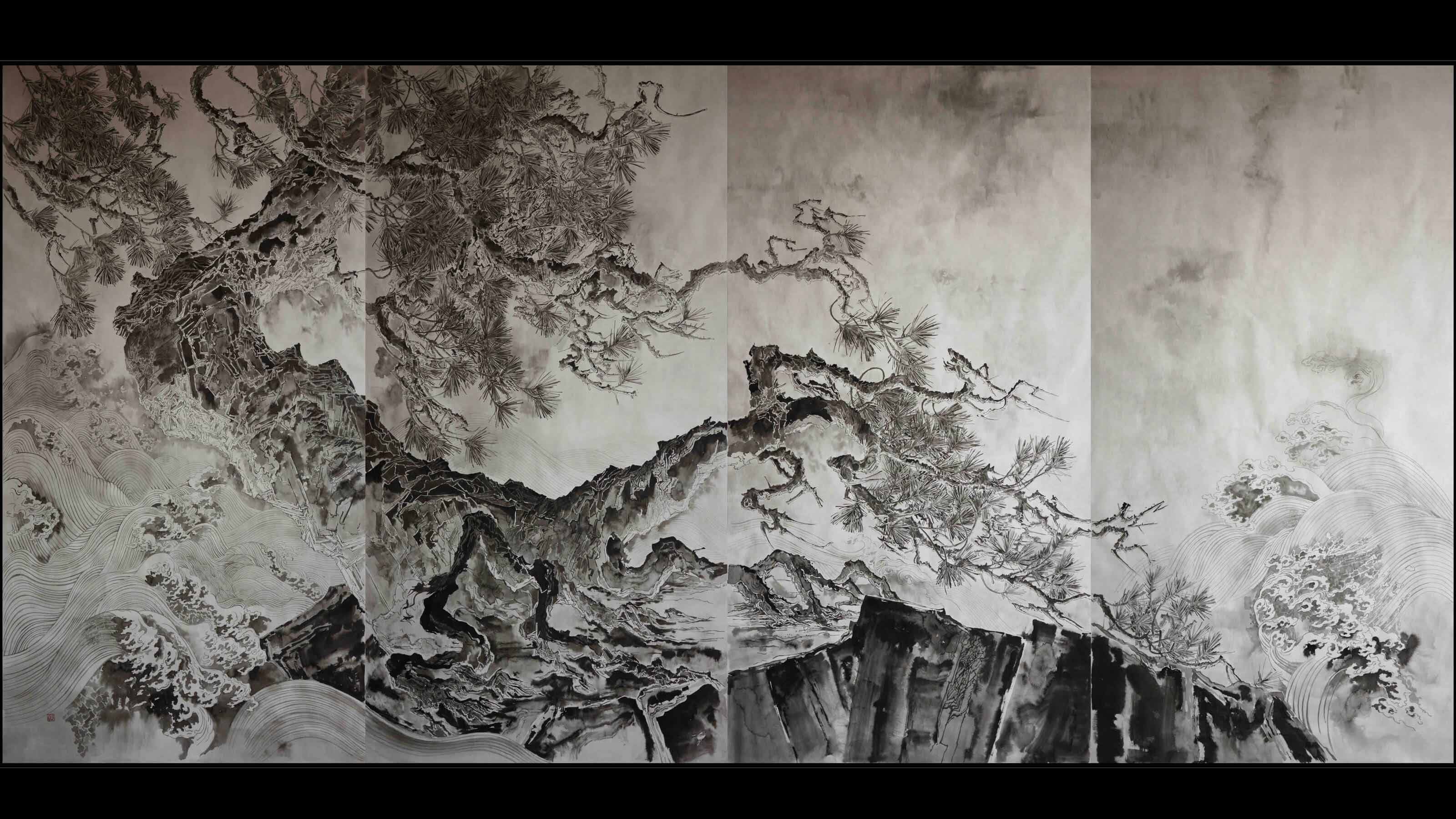 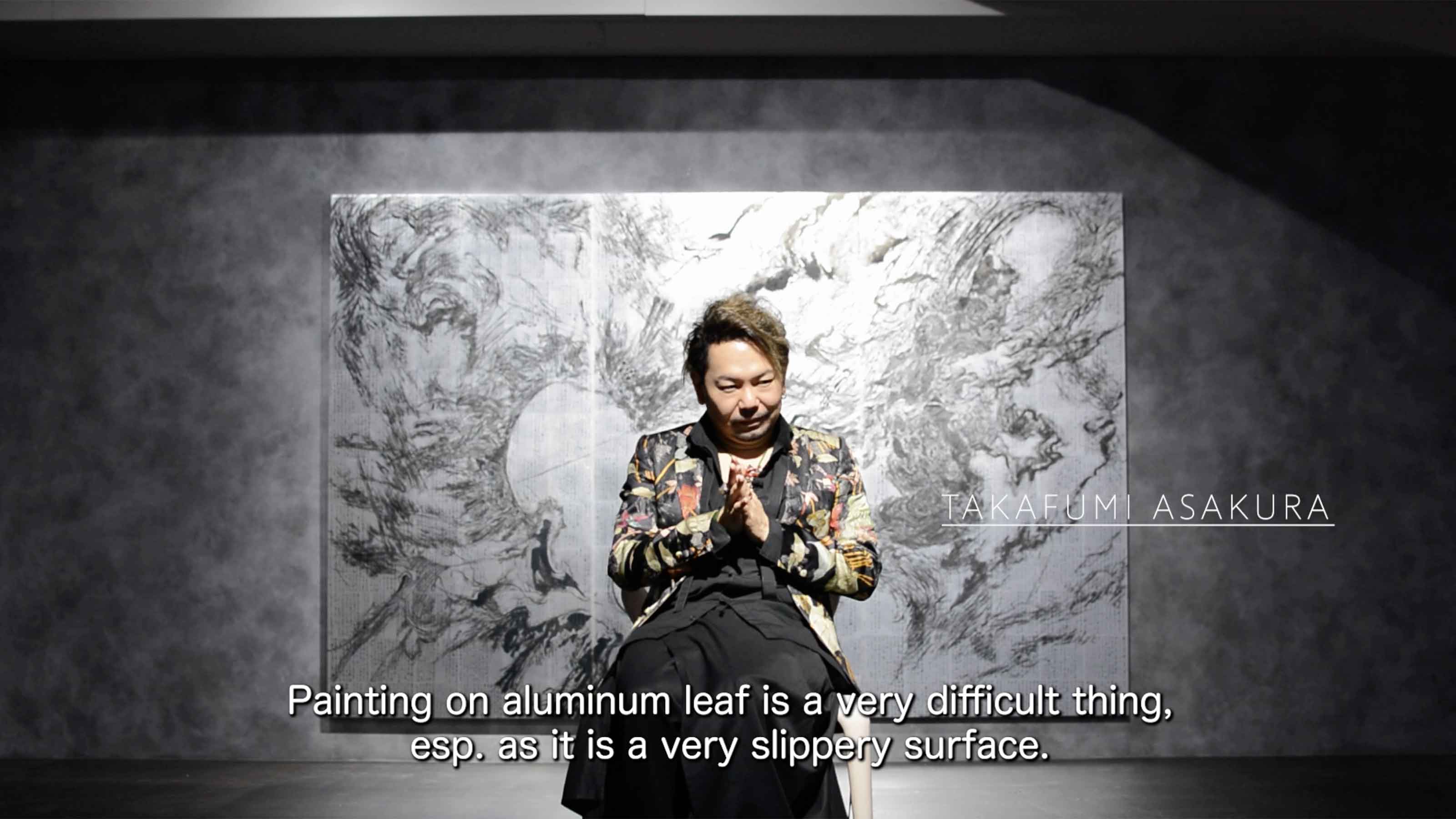 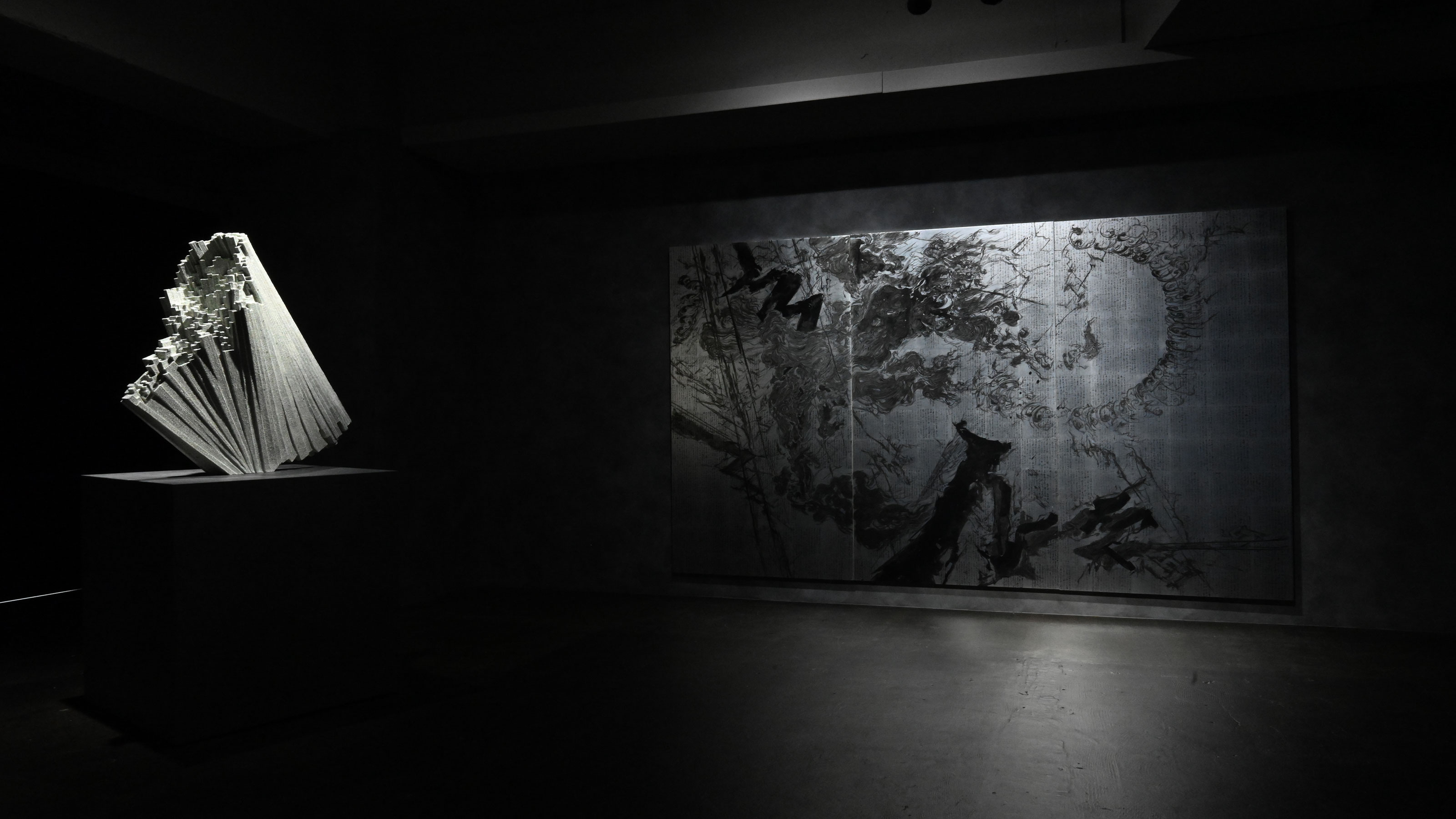 Takafumi Asakura (b. 1978 –) pours into his poetry in ink a zeitgeist for the 21st century, displaying technical virtuosity whilst experimenting with abstraction and the avant-garde, wielding but a single type of ink and brush to paint the most intricate of Nihonga-style paintings. Negative space is filled entirely with ancient calligraphy, whilst beacons of spiralling ink swirl and coalesce into mythical beasts, Shinto gods, and elements of nature. 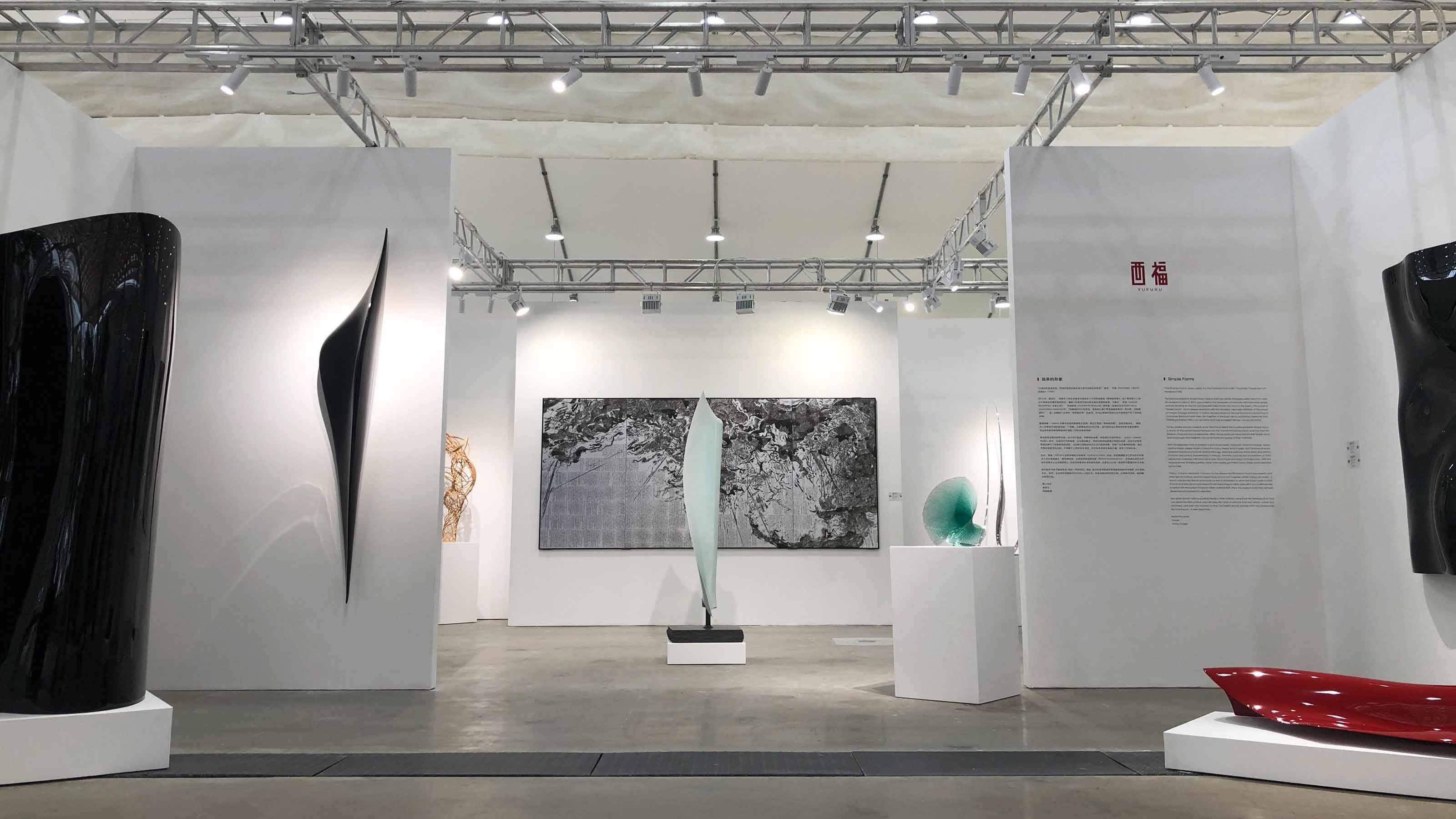 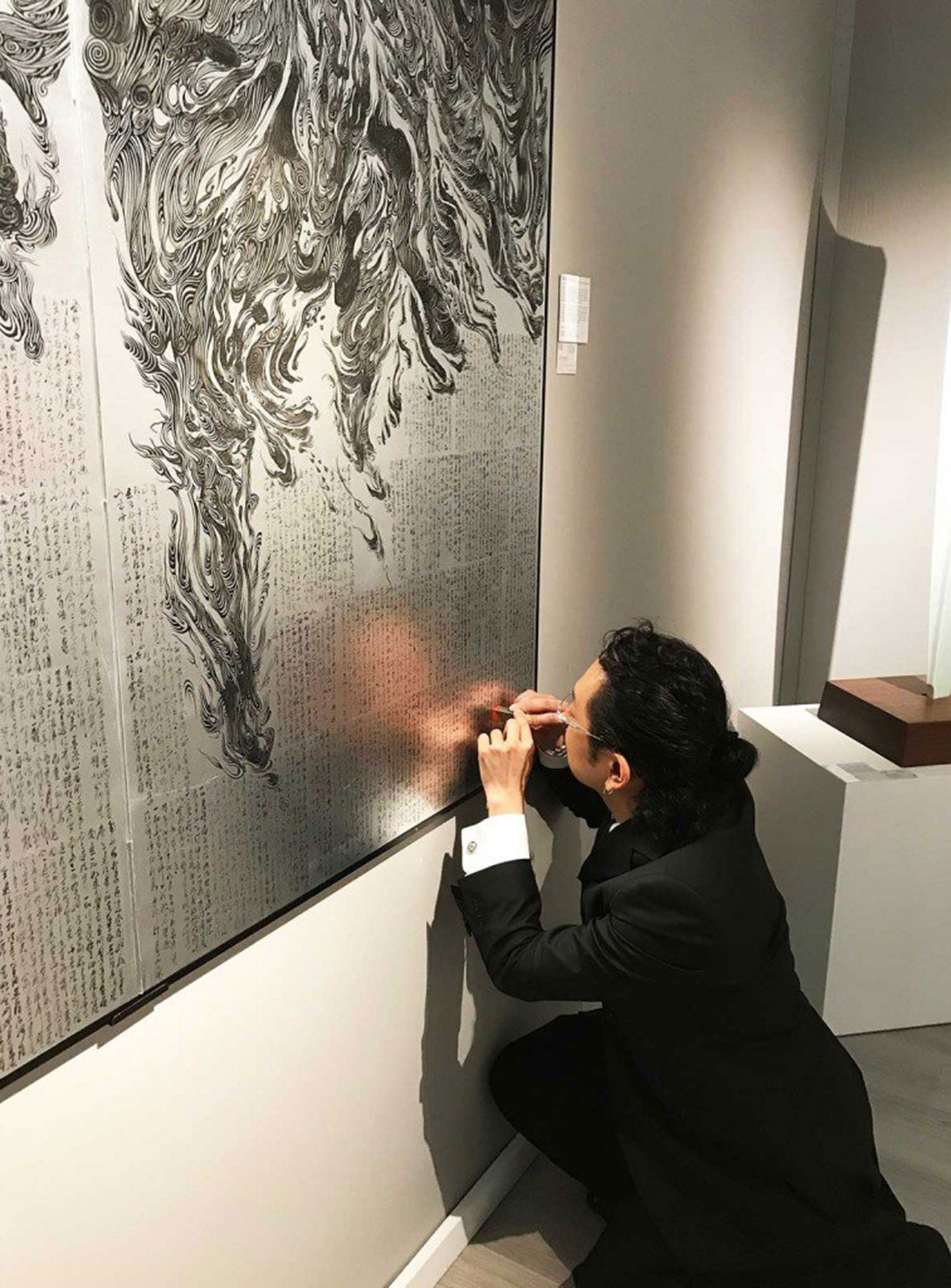 Yet intricacy and technique are ancillary to whether an artist has the power to paint works that spellbind, enthrall, enrapture. Indeed, Asakura’s meticulous paintings are mesmerising poems rooted in Shinto scripture and the movements within his own soul, possessing the power to stop viewers in their tracks by the visceral strength of his brushstrokes interspersed with copious, painstaking detail. 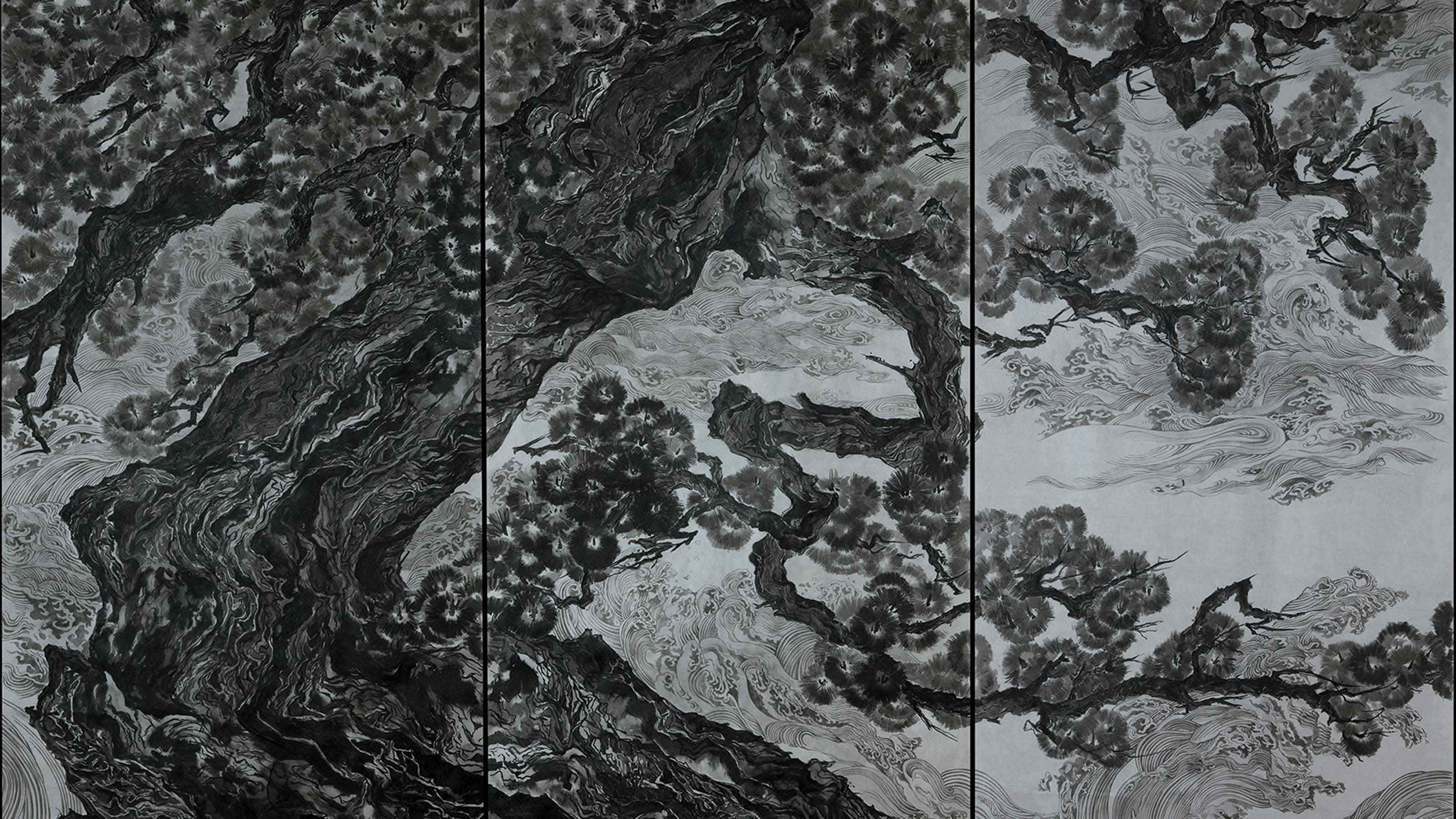 One of the youngest painters to become a juror at the Nitten Japan Fine Arts Exhibition, Takafumi Asakura’s story has only just begun, with works already acquired by 8 public collections in both Japan and the United States, and with a growing recognition in artistic circles the world over.