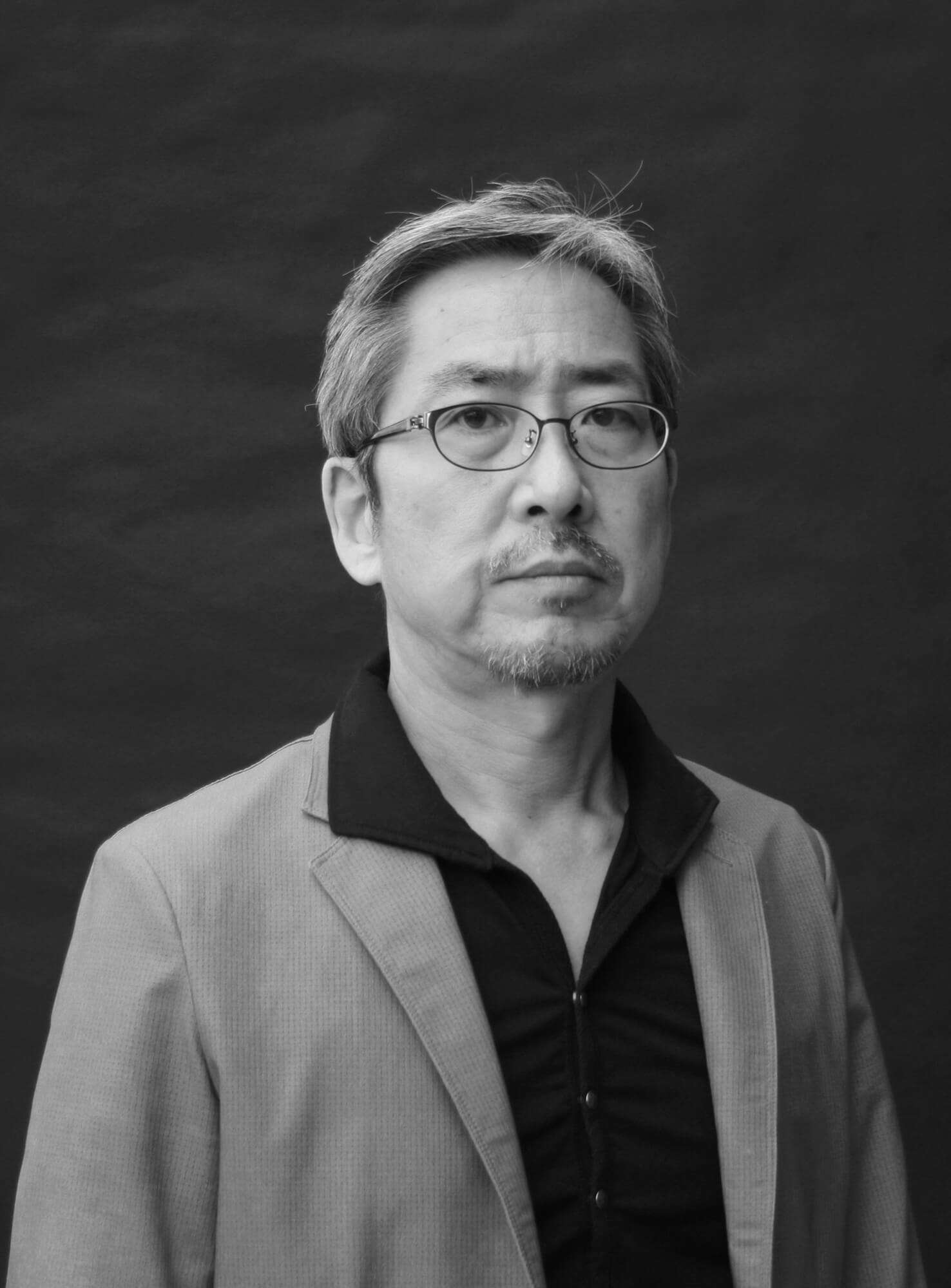 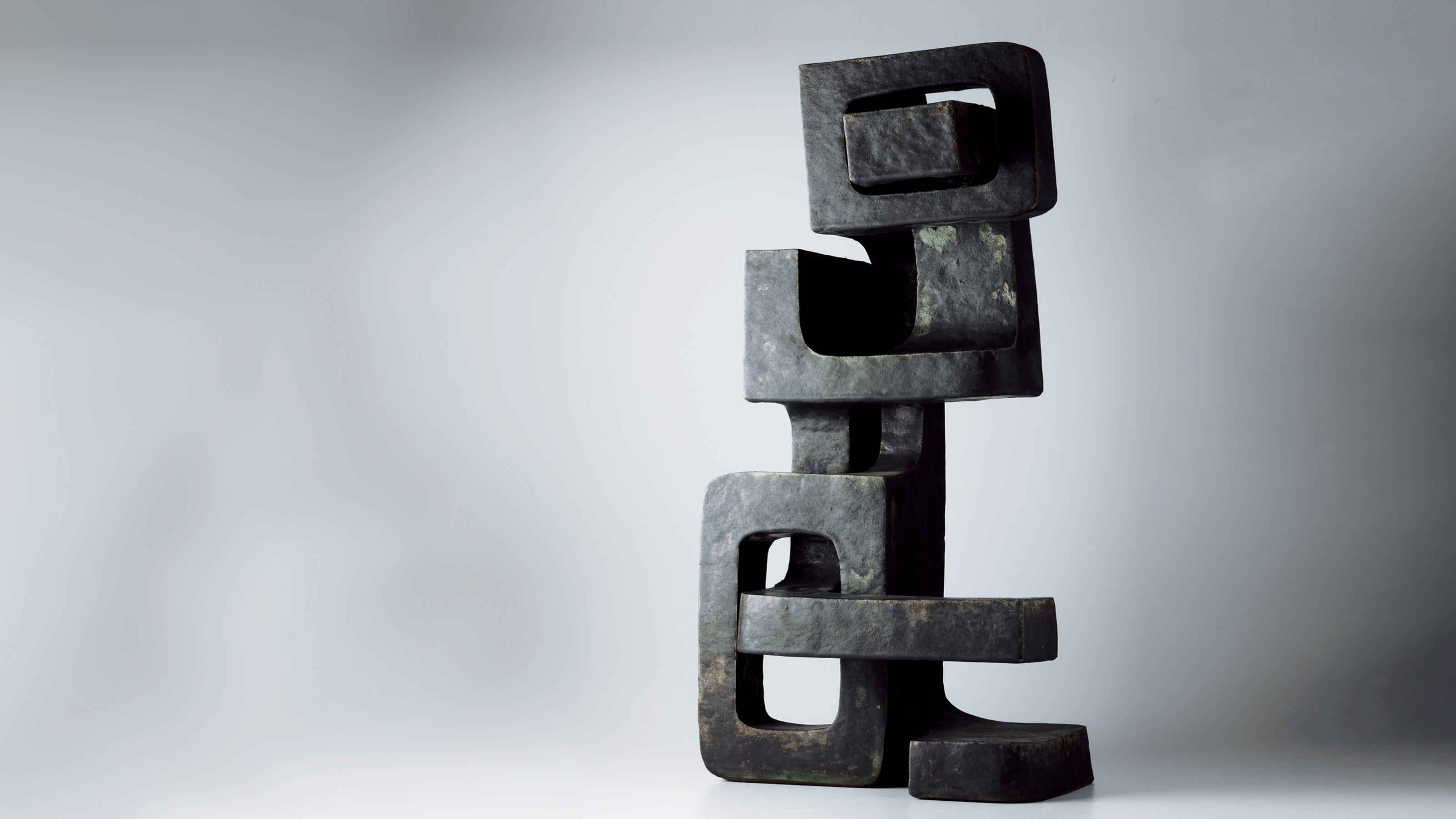 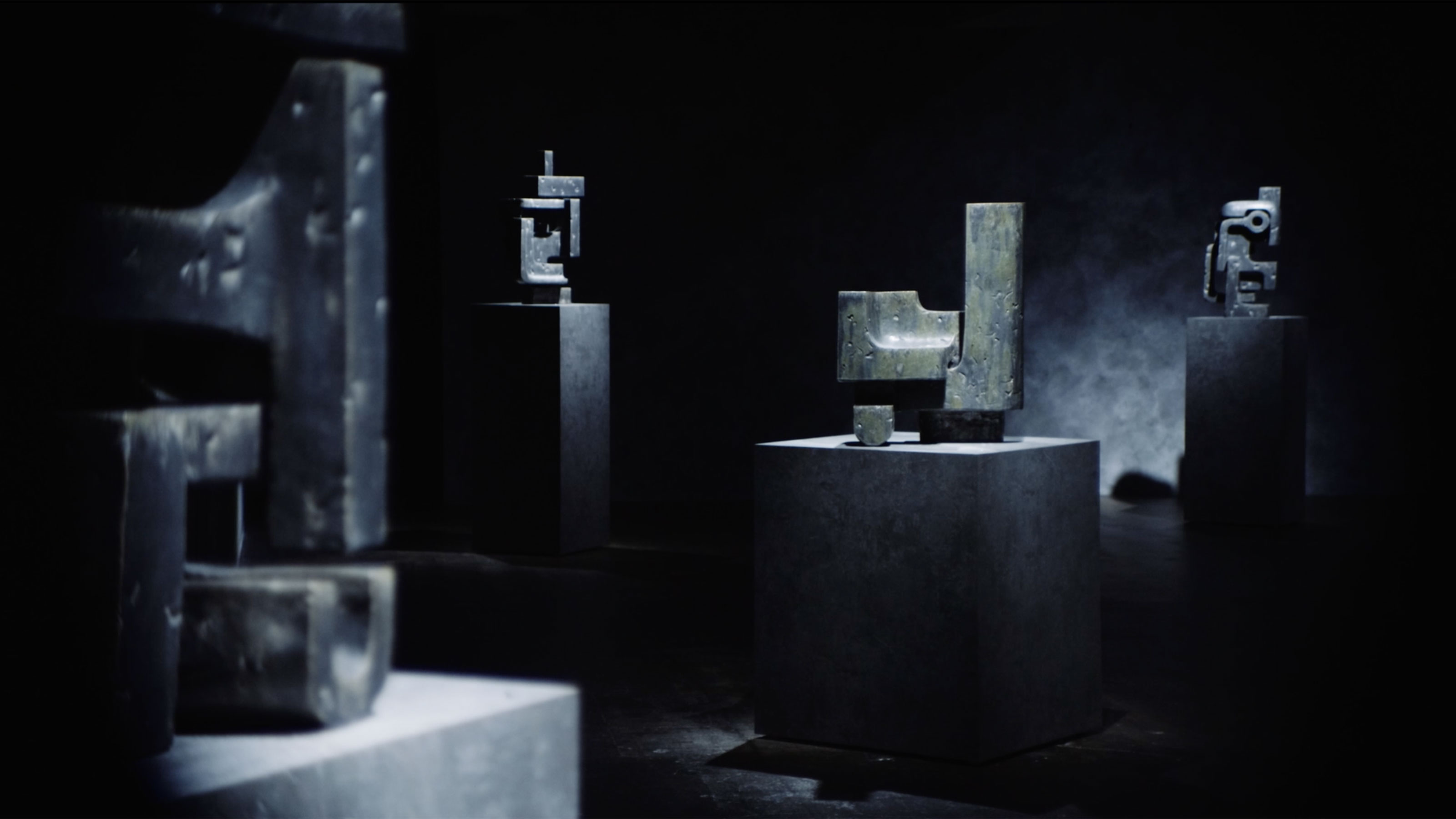 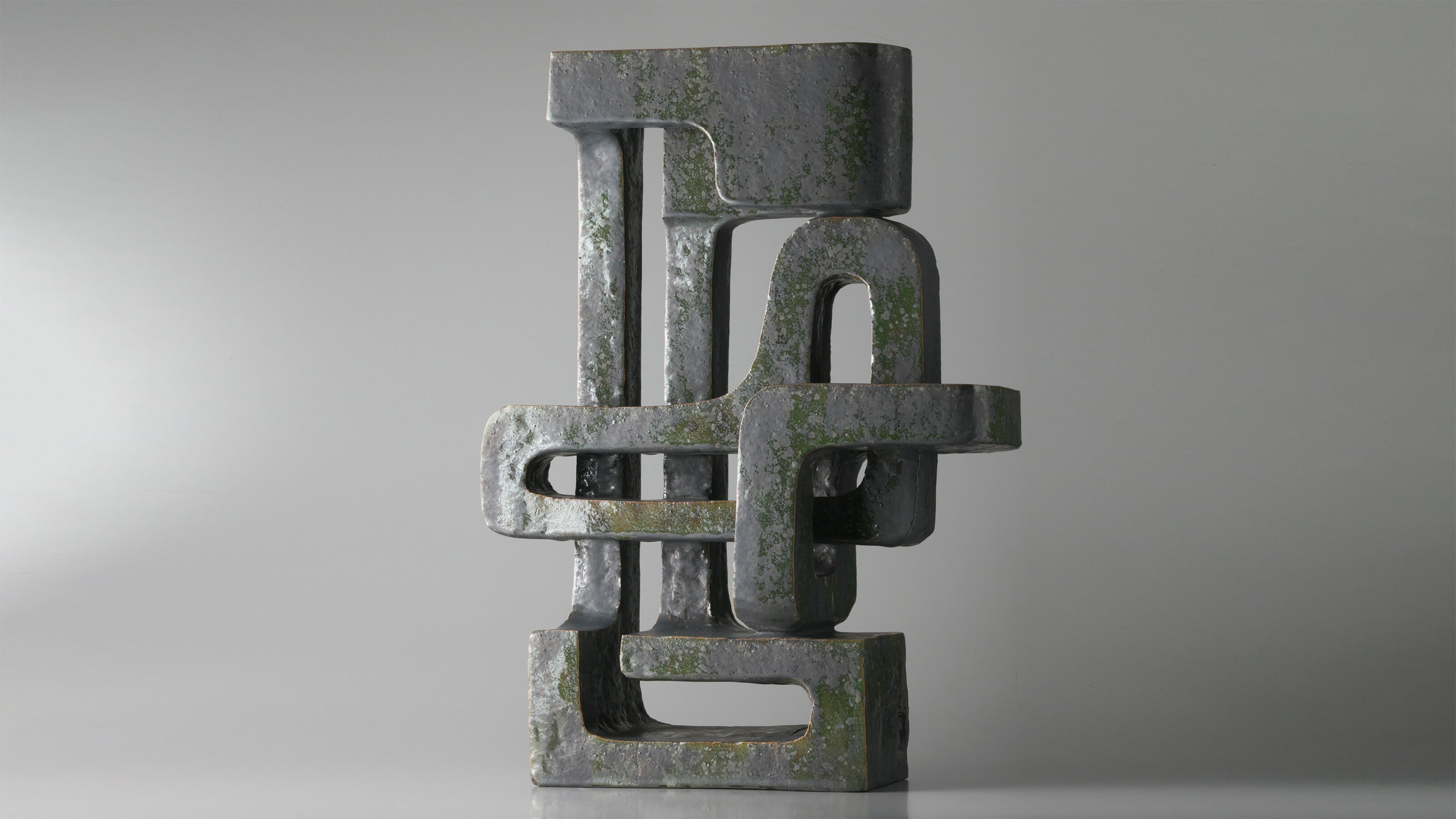 To capture a man and a woman, in love, together, in raw and simple harmony, where shadows combine as one. Keizo Sugitani’s (b. 1959 –) interlocking forms tell the tale of life itself, the story of mankind falling in love, embracing, the miracle that is life, the wonder that is two bodies meeting together in both time and space. Totemic, talismanic, primitive in their unadorned patina yet brimming with the energy of both Eros and Thanatos, Sugitani’s ceramic sculptures are odes to the primordial beauty of mankind, our life history told as the unification of you and me, of simple bodies conjoining together as one. With shadows revealing a visceral elegance brimming with the sheer urgency of now, imbued within are the complexities behind love, sadness, happiness and loneliness. Sugitani's works are minimal poems in abstraction that call to mind the primeval inclinations of man, with rustic green and copper hues emerging from the depths of his greyish black glaze, works elegantly hand-built in innocent grandeur. 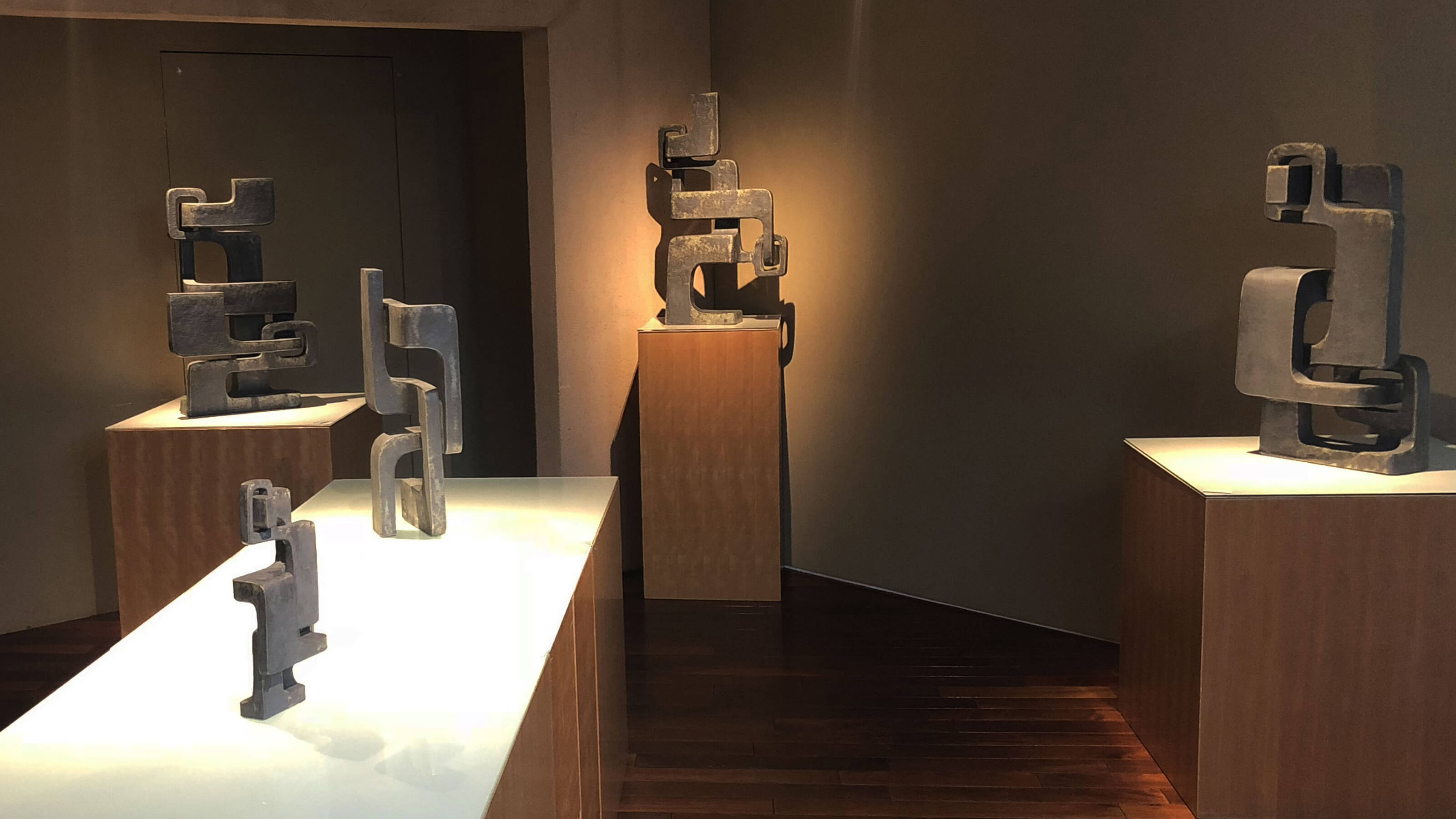 Calling to mind the abstractions of Eduardo Chillida, Barbara Hepworth and Isamu Noguchi, there is a primal rawness to Sugitani's works that limn the Primitivism of the Nabi and the austere simplicity of Brutalist architecture. Entitled umbra vitae (Shadows of Life), Sugitani’s latest series transcends the individual for the collective, and represents not simply the interconnectivity between man and woman, but of mankind and the peaceful union between different peoples that comprise society itself.
Although imbued with the rustic sheen of metal, Sugitani’s works are in fact creations in Shigaraki clay that are hand-built into interlocking forms that are almost Escher-esque in their simple complexity. The artist, after blending a base white clay, begins the rigorous process of hand-coiling his sculptures into the forms in his mind’s eye. After carving and smoothening the surfaces, the artist bisque-fires the work, and then applies an original glaze filled with copper that, after a main firing in his gas-kiln, gives his works a distinctive patina similar to rusted metal. Appearances can be deceiving, and the sheer formative simplicity of the artist’s sculptures masks the difficulty of firing such towering totems in clay, and hide, perhaps in the shadows, the modern mastery of Keizo Sugitani. The artist’s latest series umbra vitae represents the connection of lives that cross together in both sunlight and shadows, different worlds interconnected in the winding road that we call life.