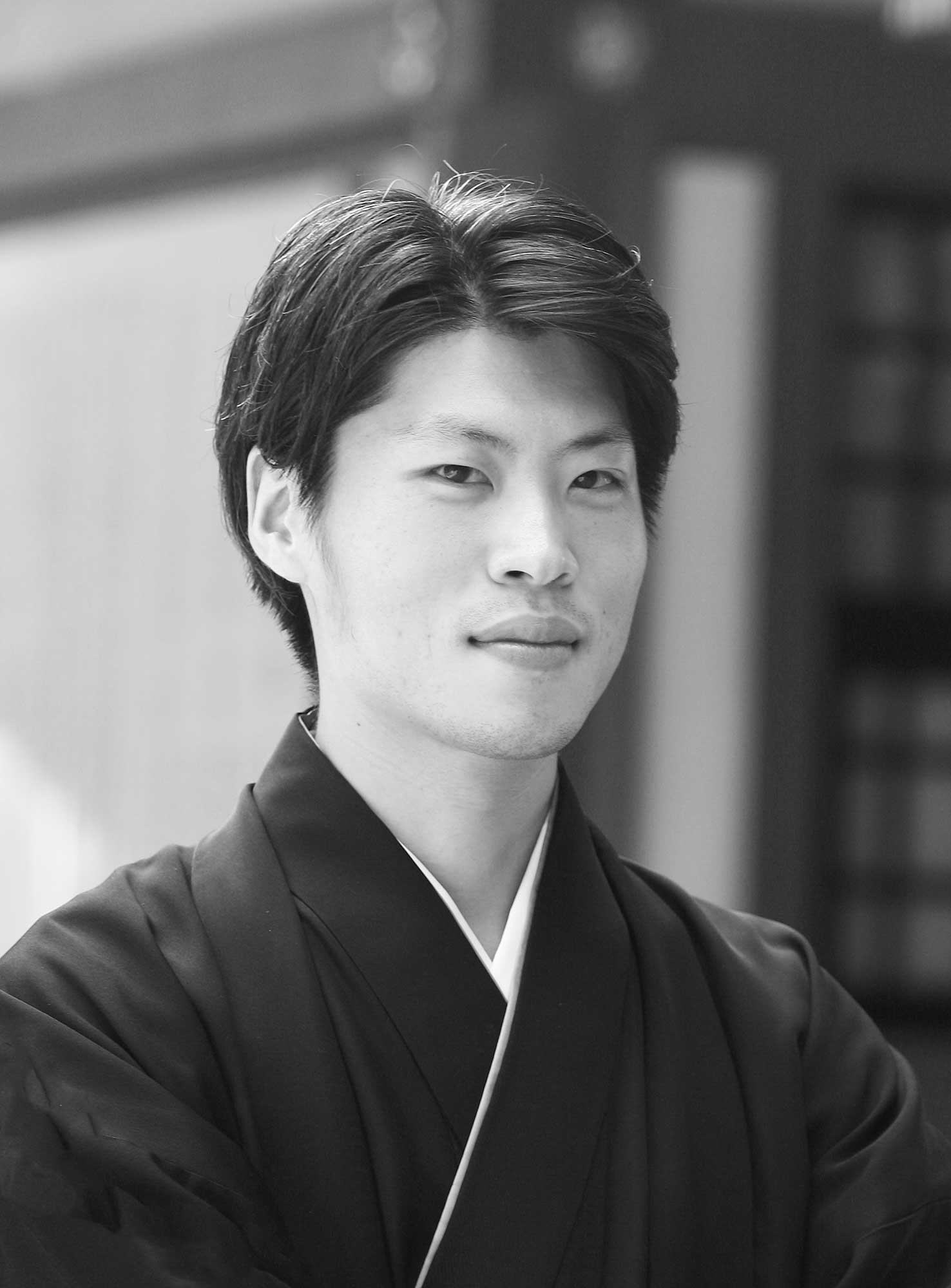 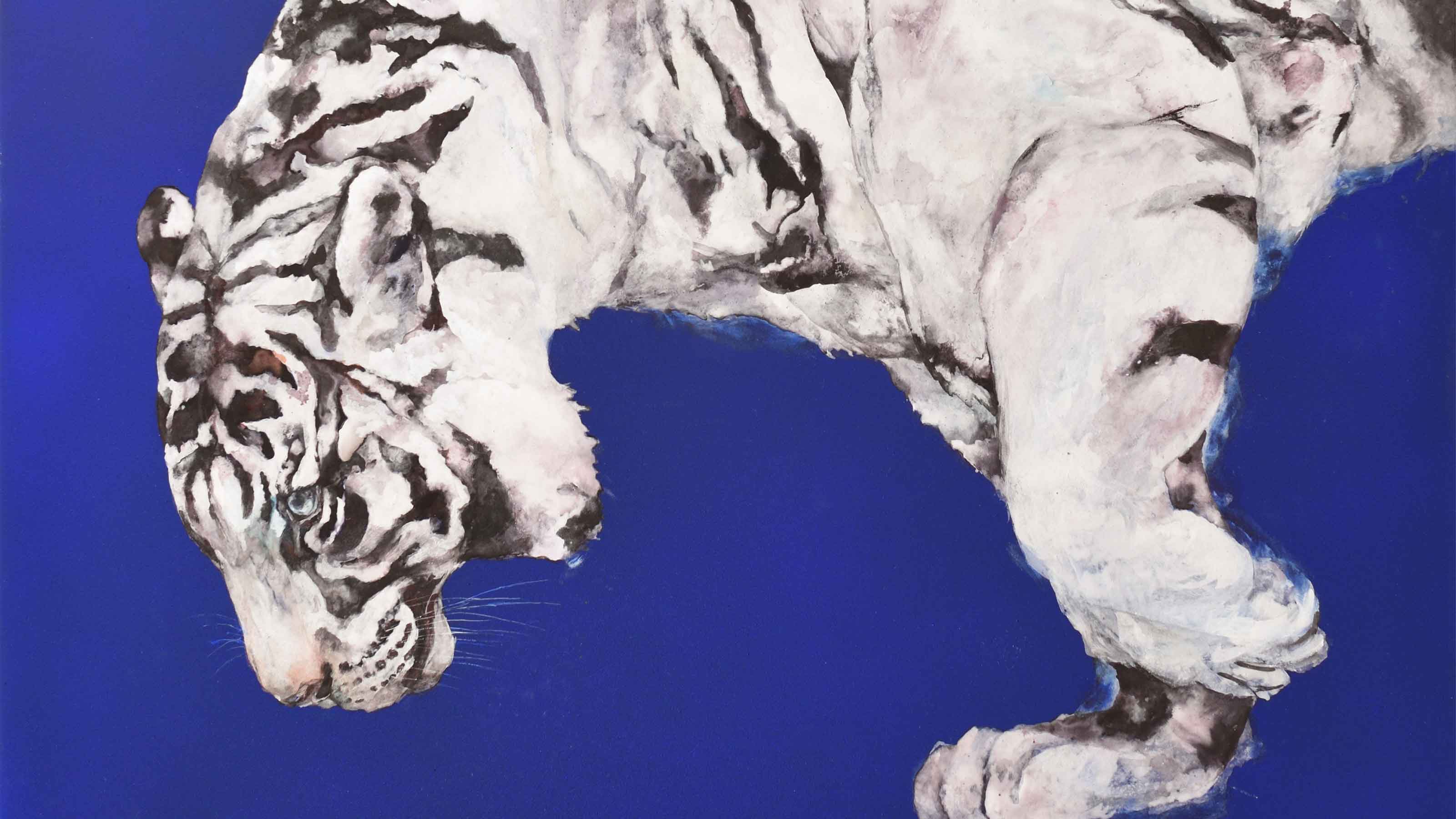 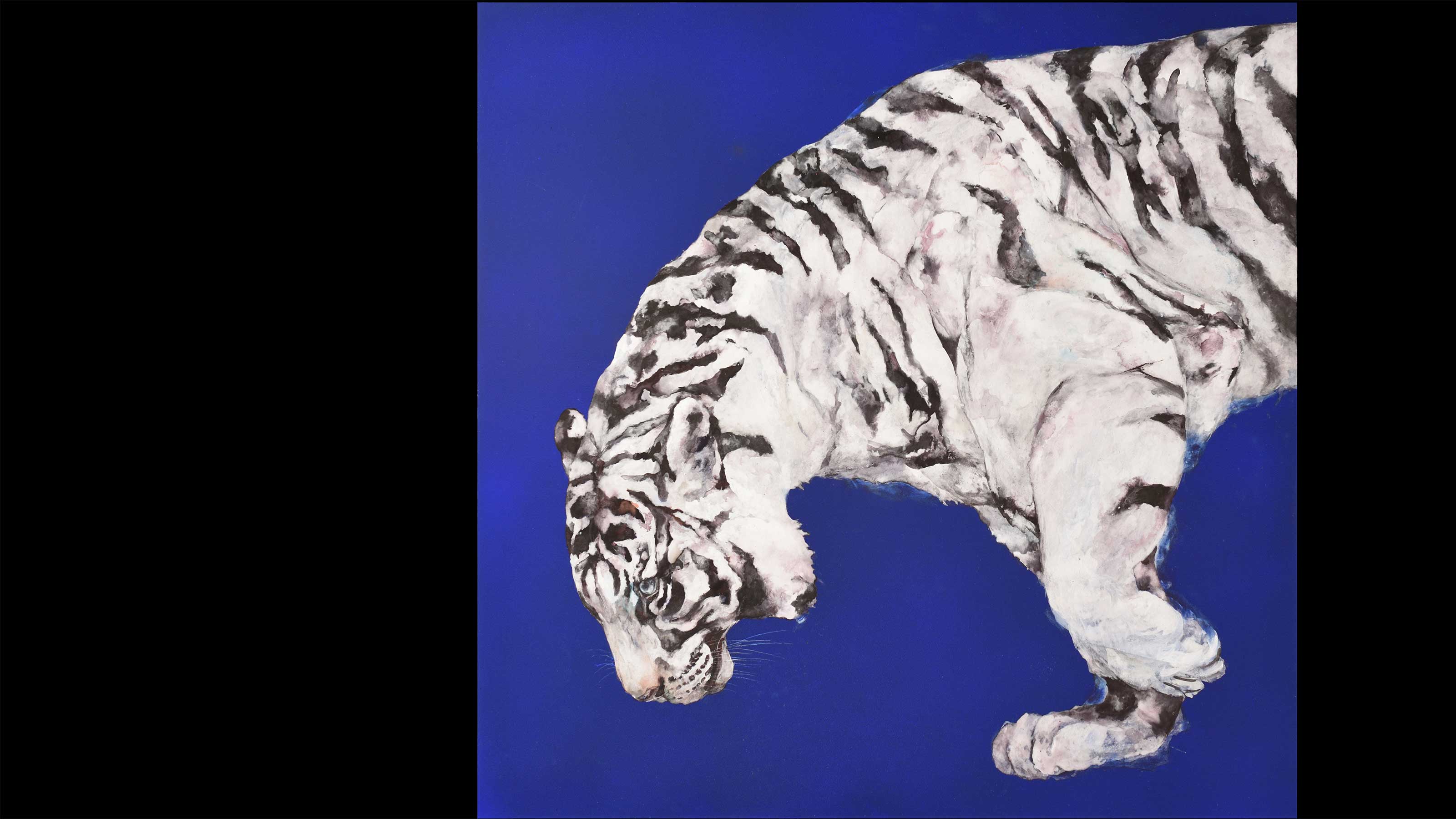 Masaki Tanikawa (b. 1984 –) is known for his evocative Nihonga paintings of animals in the flesh, the raw power of beasts both real and imaginary that ripple and flow with primal tension and flux. In his paintings, one can almost hear the footsteps of nature, the silent breath of an animal before it is about to pounce, the space between predator and prey, of two lives that are about to collide in an epic struggle of victor and vanquished, conqueror and conquered. In this light, it becomes clearly evident that Tanikawa’s thematic vision is far from mere idealism of the figurative; instead, his animals are symbolic receptacles that capture the elemental space between things, or rather, between two persons, in particular between the artist and the opposing viewer. It is the human psyche and the gulf between persons that fascinate Tanikawa, and by painting the psychological space between us through animal representations, the artist allows for us to take a step back and view each scene as an allegory for mankind, of understanding how we are and who we wish to be through the eyes of nature that is devoid of man.

Continuing the storied tradition within Japanese painting of depicting animals as represented by the legendary Edo Period painters Maruyama Okyo (b. 1733 – d. 1795) or Ito Jakuchu (b. 1716 – d. 1800), Tanikawa’s singular vision has led to wide acclaim, with various prizes at the Nitten Fine Art Exhibition and publicly collected by the Nichinan Art Museum in Tottori, his place of birth. 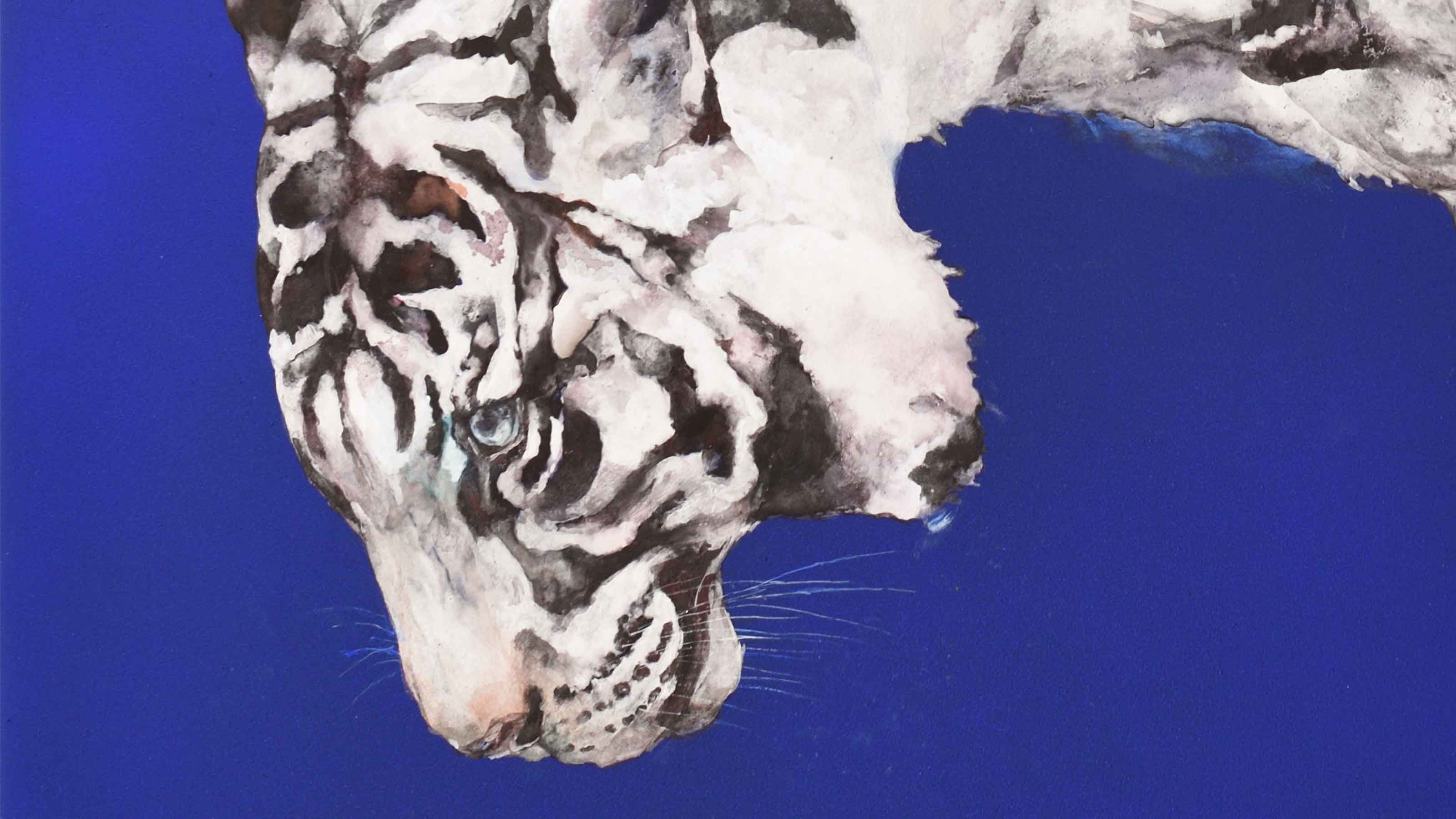